WHAT WE DO – ARTS & CULTURE

We produce video in the field of arts, music, history and culture, often working with colleagues at Oxford Digital Media.

Some of these projects may have a broadcast audience, while others use multiple platforms of social media and the internet to reach their audience. The films are made with artists, musicians, universities, museums, galleries and other cultural institutions around the world.

These are a few examples of our work in this field. 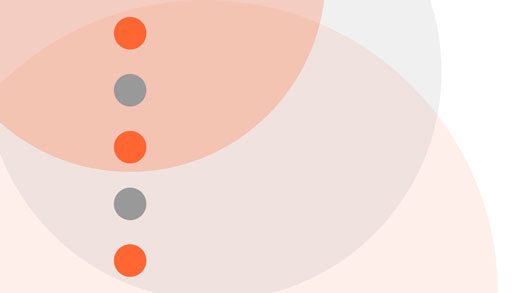 Working with Kathleen Stevenson, Principal Piccolo with the BBC Symphony Orchestra, Mike Tomlinson and James Tomalin produced this video and audio recording of Kathleen performing 'Moontide' a new work by Scottish composer Alasdair Nicholson. The piece was inspired by a poem by Niall Campbell and the dramatic landscape of the Black Isle in Scotland. The audio was broadcast on BBC Radio 3 and the video featured on the BBC New Music Show website. It was recorded in the Oxford Digital Media studio near Oxford. (Watch video)

Fascinating research by academics at Oxford University working with an international team has discovered how the music of ancient Greece sounded. New techniques to reproduce accurately the instruments that were used at the time, such as the twin-piped aulos and the stringed kithera, make it possible to perform classical Greek works in their original form. The film was made with Professor Armand D'Angour from Oxford University. 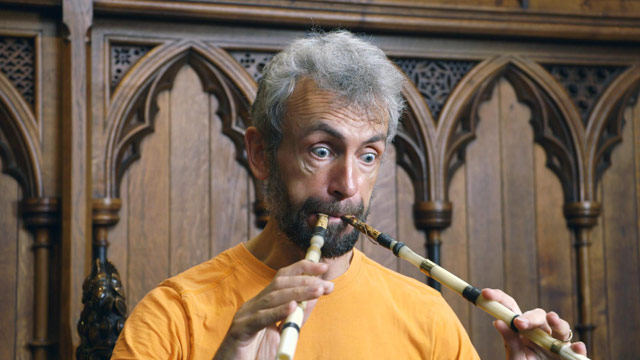 In 2021 we produced a series of 12 short videos for Compton Verney Art Gallery and Park in Warwickshire in which members of their staff, visitors and volunteers explain what they love about Compton Vermey. Subjects range from objects in the collections, visitor attractions in the grounds, educational programmes for children and even the sustainable central heating system. These videos are helping maintain the gallery's relationship with their regular visitors as well as raising interest in forthcoming events and exhibitions. (Watch videos.)

The exhibition of the C16th German artist, Lucas Cranach the Elder, opened at Compton Verney in March 2020, but was forced to close after only five days. Working with the curator, Amy Orrock, we made this virtual tour for the Compton Verney website. Clips were filmed by the curator and contemporary artists on smartphones in their own homes and sent to us along with high resolution installation stills and other artwork. We collaborated remotely on the script, created the motion graphics and edited the film. The resulting exhibition website was highlighted as a pick of the week in the Guardian, Times and Telegraph.

A second virtual tour for Compton Verney was launched to coincide with the BBC Arts #MuseumFromHome project. Fabric: Touch & Identity demonstrates how artists and designers have employed fabric to express and subvert societal expectations, explore sexuality and personal identities, and investigate the physical sensations and engagements that we make with fabric. The exhibition can be seen digitally through 12 short videos that we produced in which we hear from the artists and curators and see the featured works.. 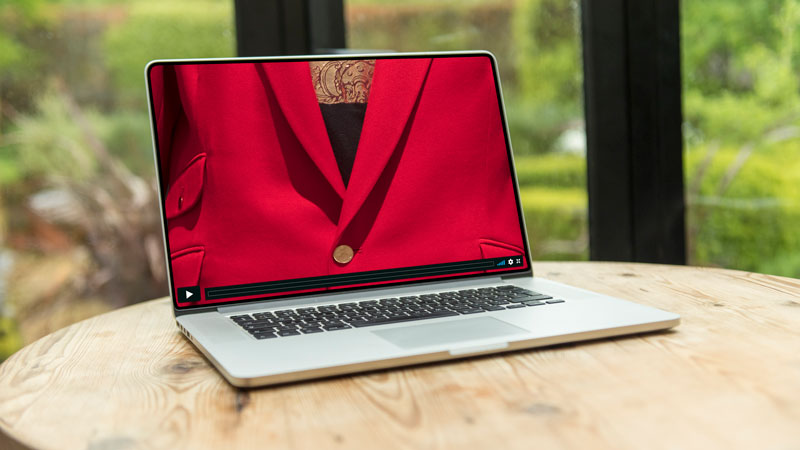 To accompany a Tudor partbooks exhibition at Christ Church, Oxford, the vocal ensemble Magnificat, directed by Philip Cave, performed a number of these works from the time of Elizabeth I.

James Tomalin and Mike Tomlinson made a short film to tell the story behind the exhibition and performance. 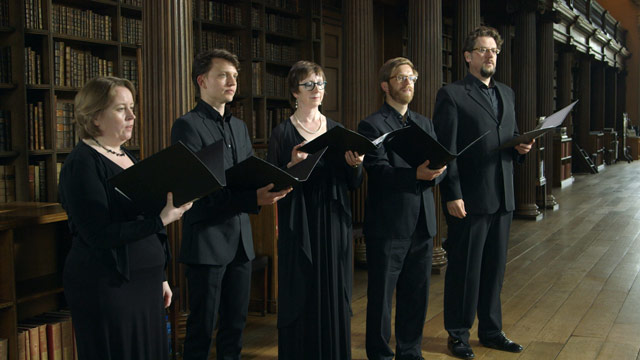 The Lucid Past of Nancy Sandars

This 73 minute biographical documentary, filmed and directed by Mike Tomlinson and presented by Rebecca Huxley, tells the story of Nancy Sandars (1914-2015), a celebrated archaeologist and writer who specialised in the Bronze Age and wrote a number of books on this period of prehistory. She also wrote a translation of the ancient Mesapotamian poem, The Epic of Gilgamesh, which was published by Penguin and sold over a million copies. She has been appreciated particularly for the accessible and lucid style of her writing which brought past times to life.

Nancy Sandars' archaeological career was interrupted by the Second World War, during which she worked first as a motorcycle dispatch rider and then as part of the WRNS top secret 'Y Service', listening in to German wireless traffic and feeding the information to military intelligence at Bletchley Park.

She was also a fine poet, though her poetry was not published until she was in her 90s, and with some only published posthumously.

Nancy died in November 2015, in the house where she had been born. For her entire 101 year life, The Manor House in the Oxfordshire village of Little Tew was her family home, shared with her sister Betty, which they turned into something of a cultural hub for those interested in the arts and where they regularly welcomed family, friends and distinguished visitors. Her life traces a fascinating path through a whole century of the social history of the village.